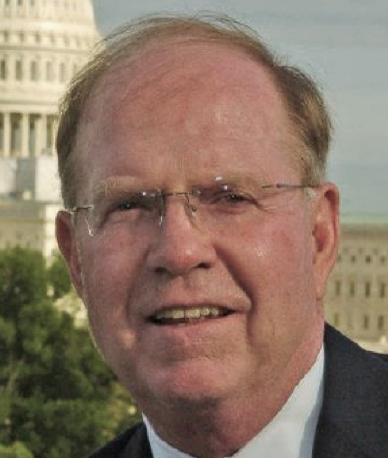 Via Washington, DC-based Winborn Solutions, LLC, Erik Winborn provides representation before Congress and the Executive Branch to companies and associations in defense, financial services, food, retail and sports industries, and also assists them in their relationships with opinion leaders and the media.  From 200-2005 he helped Walmart establish its office in Washington and was its Director and then Vice-President for National Government Relations.  He was the Director of Legislative Affairs for the American Red Cross in 1999.  He retired from the U.S. Air Force in 1998 as an Air Force colonel after a twenty-six year career, including twenty-two years as a judge advocate.  From 1996-1998, was Deputy Assistant Secretary of Defense for Legislative Affairs.  Earlier, he was the military assistant to the Under Secretary of the Air Force, served at all levels of command within the United States and overseas.  He received a B.S. from the U.S. Air Force Academy, a J.D. from the University of Iowa, and an L.L.M. in Government Procurement Law from George Washington University. 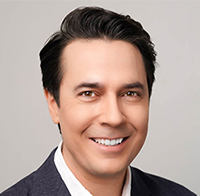 Ryan Lizza is a Playbook Co-Author and the Chief Washington Correspondent for POLITICO. He covers campaigns, Congress, and the White House. Since arriving in Washington in 1998, Ryan has written about national politics, policy, and elections for Esquire, New York magazine, GQ, The Washington Post, The New Yorker, The New Republic, The New York Times, and The Atlantic.

Ryan grew up in New York and is a graduate of the University of California, Berkeley. 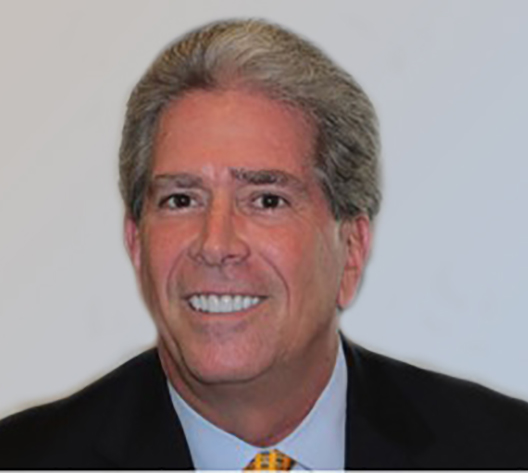 Ed Goeas is President and C.E.O. of The Tarrance Group, one of the most respected and successful Republican survey research and strategy teams in American politics today, acting as pollster for 30 current Members of the U.S. House of Representatives, 12 U.S. Senators, and five Governors.

Widely recognized as one of the country’s leading political strategists, Goeas is an often sought after consultant. In recognition of the number of winning campaigns conducted by The Tarrance Group, Ed Goeas, and his partners Brian Tringali, and Dave Sackett, were awarded the “2010 Republican Pollster of the Year” and “2014 Republican Pollster of the Year” by the American Association of Political Consultants (AAPC).

In addition to his campaign work, Goeas works in partnership with Democratic pollster Celinda Lake on the nationally recognized “Georgetown University Battleground Poll,” one of the country’s most respected national, political research programs. In fact, in 2011 Lake and Goeas were awarded the “Distinguished Service to the Profession Award” for their body of work on the Battleground Poll over the last twenty years.

Ed Goeas consults on a wide range of policy concerns such as education policy, health care, immigration law, criminal justice reform, and youth voting trends to name a few. Goeas has been widely published in professional and academic journals, including the Yale Law and Policy Review, on a variety of public policy issues based on his national research. Additionally, in 2018 Goeas was one of five Fellows in Georgetown University’s Fall Fellowship program in the Georgetown University Institute of Politics and Public Service focusing on “Civility in Politics.”

In his more than forty years of working professionally in politics, he has served as the National Political Director of the National Republican Congressional Committee (NRCC), a field operative for the Republican National Committee, campaign manager in several campaigns, and Chief of Staff to a U.S. Congressman. Frequently sought as a political analyst, Goeas regularly appears on national public affairs programs including: Meet the Press, This Week, Good Morning America, The Today Show, FOX News, MSNBC and CNN. 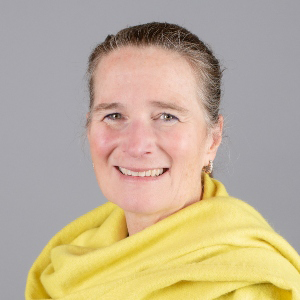 Helen Milby is the Founder and President of Helen Milby & Company, a strategic, fundraising and non-profit consulting firm based in Washington, D.C. Before founding HM&CO in 2005, Milby built a solid record as a senior political and non-profit fundraising executive. Over the last 20 years, she has worked tirelessly for moderate political leaders and pro-innovation ideals, serving first as the Director of Development for the Democratic Leadership Council and the Progressive Policy Institute, and then as president of her own company.

In 2009, Milby co-founded The Global Women’s Innovation Network, a bipartisan non-profit that promotes women in public policy and innovation-driven fields. GlobalWIN is proud to partner with nearly 100-member companies and a network of senior staffers on Capitol Hill and beyond. Internationally, GlobalWIN has established a strong network of women who share best practices and friendships across North America and Europe.

Milby is a native Washingtonian, a graduate of the Madeira School, and she earned a Bachelor of Arts degree from Colby College. 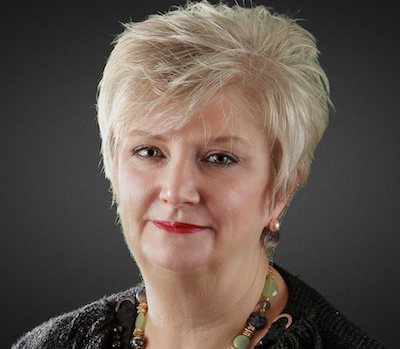 Peggy Davies has blazed a path that inspires respect, loyalty and affection among customers, colleagues, subordinates, and industry peers alike… from her early involvement on the broker side of the business, to executive positions in private label sales for Birds Eye and, subsequently, at McCain Foods USA, where she served as Vice President for Store Brands, then Vice President for Industrial Sales. She has made remarkable contributions to the industry. She has raised the overall standards of professionalism among executives across all sectors through initiatives that focus intelligence, insight and a unique talent for forging enduring relationships upon shared objectives. Nothing exemplifies her drive and her dedication better than her work to found WISE – Women Impacting Storebrands Excellence – a long overdue force for the recognition and professional advancement of women in store brands manufacturing, retailing and throughout the industry. It’s not surprising Peggy would become the first woman to serve as Chairman of the Board of Directors of PLMA, joined PLMA as Vice President, Industry Relations, and ultimately succeeded Brian Sharoff as PLMA President. 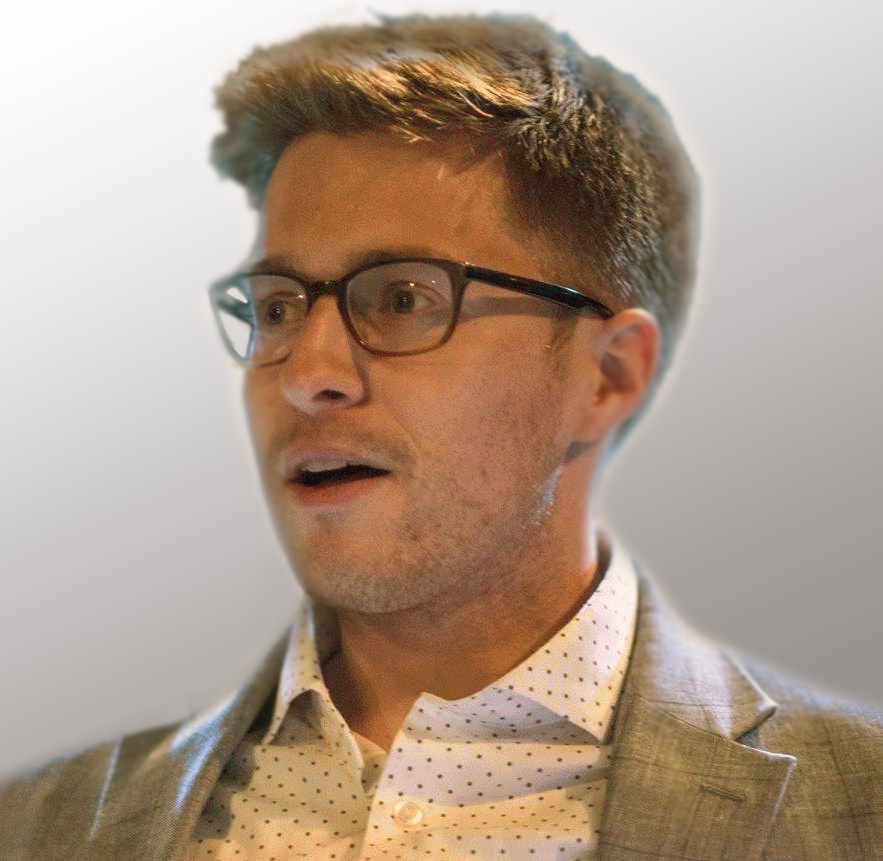 Jon Boughtin is the Executive Director for the NewDem Action Fund. A longtime Capitol Hill and campaign aide, Jon began his career in 2005 on the Harold Ford, Jr. for U.S. Senate campaign. Since then, Jon has worked in two Congressional offices, served under three Chairs of the House New Democrat Coalition, consulted for numerous Senate and Congressional campaigns and led the communications effort for a nationally recognized special election in Upstate New York. Before coming to the New Dem Action Fund, Jon also served as a spokesman for the National Association of Realtors®. He is a graduate of Vanderbilt University and holds an MBA from George Washington University. 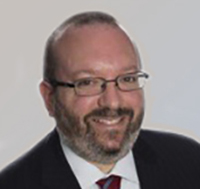 Jonathan Gold is vice president of supply chain and customs policy at the National Retail Federation. In this role, Gold is a primary spokesperson and is responsible for representing the retail industry before Congress and the administration on supply chain, international trade, product safety and customs-related issues impacting the retail industry. While with NRF, he has been a leading advocate of the value of trade and global value chains to the U.S. economy.

Prior to joining NRF, Gold served as a policy analyst in the Office of Policy and Planning for U.S. Customs and Border Protection. He joined CBP in May 2006 and was responsible for providing policy guidance on issues surrounding maritime cargo security and trade-related matters. Gold also worked on implementation issues surrounding the SAFE Port Act and other issues within the agency including CBP intelligence reform, pandemic flu and trade facilitation.

Gold holds a bachelor's degree in international business with a concentration in finance from American University in Washington, D.C. 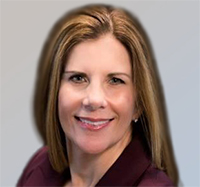 Lisa Wolski is Executive Counsel for Global Tax Policy and Managing Director of Global Public Policy in General Electric’s Government Affairs and Policy office in Washington, DC. Her responsibilities cover U.S. federal and state tax policy and non-U.S. tax policies. Ms. Wolski also oversees the development of strategies to address the most important public policy issues across the company. Ms. Wolski is active in a number of trade associations and tax groups in Washington, D.C.

Prior to joining Senator Kyl’s staff, Ms. Wolski spent nearly three years at the International Mass Retail Association (now known as the Retail Industry Leader’s Association) working on tax policy and began her legal career in the tax group of Steptoe & Johnson, LLP, where she was an associate. Wolski began her career in Washington, DC in the office of then-Rep. Jim Ramstad (R-MN).

Ms. Wolski is a graduate of American University’s Washington College of Law and is a member of the District of Columbia Bar Association. 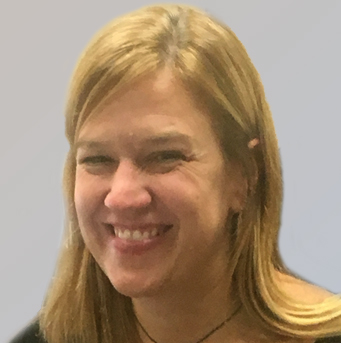 She currently serves as the Senior Policy Advisor to the Associate Administrator for the Supplemental Nutrition Assistance Program (SNAP). In this role, she is a member of the senior management team and works on policy for all aspects of the programs, leads special projects and coordinates program wide assignments.

Laura joined FNS in March 2003.  Prior to joining FNS, Laura worked at the Health Resources and Service Administration, part of the United States Department of Health and Human Services, for nearly 10 years.

Laura earned a Master of Health Science degree in health policy from Johns Hopkins University and a Bachelor of Science in Public Health degree from the University of North Carolina at Chapel Hill. 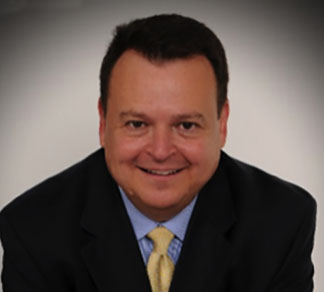 Stevan D. Mitchell is the Director of the International Trade Administration’s Office of Standards and Intellectual Property (OSIP) at the U.S. Department of Commerce. OSIP promotes foreign market opportunities for export of U.S. products and services through advancements in standards and intellectual property trade policy and by promoting business awareness.

Prior to joining the ESA, Mr. Mitchell served as Senior Counsel to the Computer Crime and Intellectual Property Section (CCIPS) of the U.S. Department of Justice (DOJ), and served as a Member of the President's Commission on Critical Infrastructure Protection (PCCIP). As a PCCIP Commissioner, Mr. Mitchell was responsible for many of the legal studies and recommendations produced by the Commission, including Legal Foundations, a 14-volume study of legal issues associated with infrastructure protection.

Previously as a Trial Attorney with CCIPS, Mr. Mitchell litigated cases under the Computer Fraud and Abuse Act and provided oversight, consultation and guidance on investigations and prosecutions involving illegal uses of technology. He also co-authored the second edition on the DOJ's intellectual property rights prosecution manual.

Mr. Mitchell earned his law degree from the Florida State University College of Law, where he served as Editor-in-Chief of the Law Review. 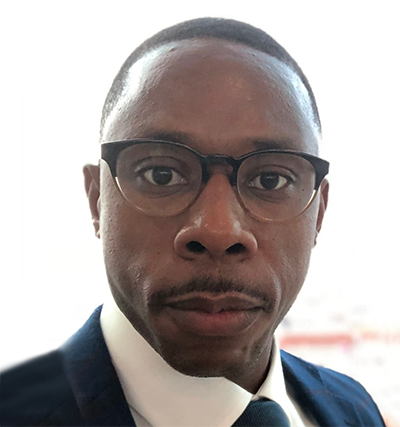 Anthony R. Quinn is currently the Standards Team Lead in the Office of Standards and Intellectual Property (OSIP).  Prior to joining ITA, he was the Director of Public Policy and International Trade for ASTM International where his role was to assist companies using ASTM standards to achieve their global business objectives.  Anthony did a temporary assignment as the Senior Standards Advisor in OSIP in 2018 where he worked on promoting US global competitiveness for cross-cutting emerging technology sectors such as artificial intelligences, robotics, and additive manufacturing.   Anthony also worked for the American Society of Mechanical Engineers (ASME) as a Senior Government Relations Representative where he coordinated advocacy efforts for standards, defense, and aerospace before the U.S. Government. He started his career as a Legislative Aide for a Member of the United States Congress managing healthcare, homeland security, trade, and technology issues.

He earned his bachelor’s degree from the Maxwell School at Syracuse University where he was a Ronald E. McNair Scholar and his master’s degree from Johns Hopkins University in Public Policy with a concentration in International Health Policy.

Anthony enjoys tennis (singles and doubles), swimming, and cooking with his 6-year-old daughter who shares his love for chocolate. 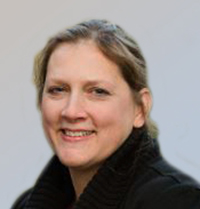 Dr. Kavanaugh has been with the FDA for 16 years and her recent activities include leading the commissioner’s nutrition innovation strategy, restaurant menu and vending machine labeling, updating the nutrition facts label, and sodium reduction. Prior to joining the FDA, Dr. Kavanaugh was a cancer prevention fellow at the National Cancer Institute.  Dr. Kavanaugh received her Ph.D. in nutrition from Purdue University and a Master’s in Public Health from Johns Hopkins University.  She is also a registered dietitian.