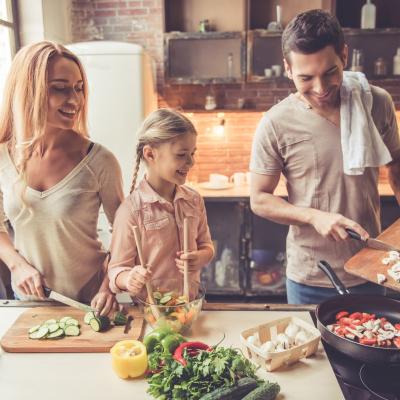 A survey from Taste of Home shows that consumer attitudes about cooking at home and healthy eating are still popular.

The 2022 Cooking At Home Study shows there have been large shifts in the behaviors of people cooking at home over the past two years. This includes more experimentation to better meal planning to online grocery shopping. The Taste of Home report surveyed 4,000 people over the age of 18.

For preparation, the Cooking At Home study found consumers said the optimal time to get dinner on the table is 31- 45 minutes. When asked what they liked or would like to improve about their current kitchens, 63% said storage and organization as their greatest aspiration while another 72% said they are currently pleased with their kitchen set up. 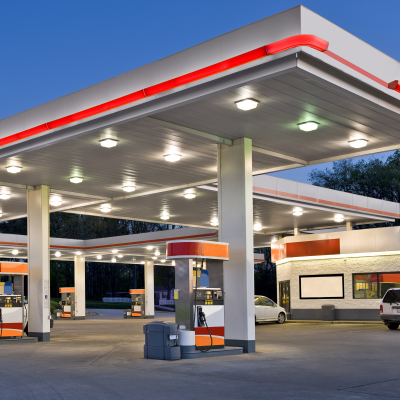 The study surveyed over 1,500 consumers about their views of convenience stores, and found c-stores are becoming true competitors to traditional grocery stores and restaurants. The report stated that 59% of respondents consider purchasing a meal from a convenience store when looking for fast food while another 61% say they would visit c-stores more often if they had curbside pickup, drive-thru or mobile ordering options.

Emil Davityan, Bluedot’s co-founder and CEO said "The data supports what industry leaders have been saying for some time – c-stores are now competing head-to-head with QSRs. Clearly, the investments c-store brands have been making into foodservice initiatives are paying off."

However, the study also found consumers do not like lines at c-stores. Thirty percent of consumers said they will leave a c-store if there are two people in line at the register while 54% said they would leave if there were three or more waiting in line. Further, one in three will drive away from the pump if there is just one car ahead of them. 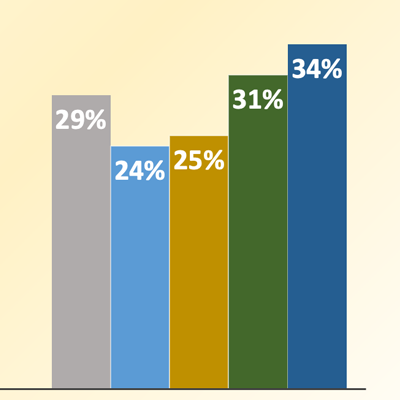 Morning Consult has found food and beverage is the most trusted industry with more than seven in 10 U.S. adults having faith in these companies, according to its “Most Trusted Brands 2022” report.

Walmart is among the highest scoring retailers in the report. Its private label brand Great Value, is the No. 11 most trusted food and beverage brand among millennials. As cash-strapped consumers deal with price increases on grocery store shelves, more of them are turning to private label, especially younger consumers like millennials who might have less income than older shoppers.

Respondents were asked which attributes they ranked as the most important. Baby boomers were soundly behind good value for price, high-quality products and services and consistent delivery on promises. Even though these also were highly valued with Gen Z adults and millennials, younger demographics tended to value more other factors, including good customer service, sustainability, and customer reviews.

Trust in the food industry was especially high among baby boomers (84%) and high-income consumers (82%). However, that trust slips a bit among younger consumers. Sixty-two percent of Gen Z adults and 67% of millennials have strong trust in the industry. 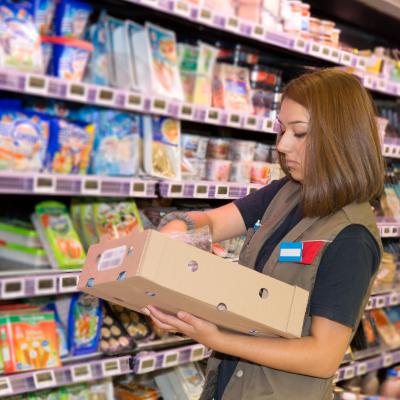 During May, IRI found 30% of consumers struggled to afford groceries and 24% opted for private labels.

Overall, 77% said they had altered their grocery purchases and their buying behaviors in response to inflation. That is an increase of six percentage points from April and 16 percentage points higher than what IRI found in November.

Almost all consumers said they are concerned about rising prices, with half of them saying they are very concerned. More than half said they are extremely worried about higher gas prices. In addition to the 30% who struggle to afford groceries, nearly four in 10 described their financial health as strained.

Shoppers' most popular tactics for dealing with inflation at the grocery store were looking for sales and specials, cited by 45% of consumers, and making a list and sticking to it, which 39% of shoppers are doing. Another 23% are buying less items on their grocery trips.

Cutbacks in spending also affected some consumers' store choices. Sixteen percent said they shopped a wider range of stores during the month to capitalize on promotions, while another 19% said they are turning to dollar stores and/or low-cost grocers to save money. 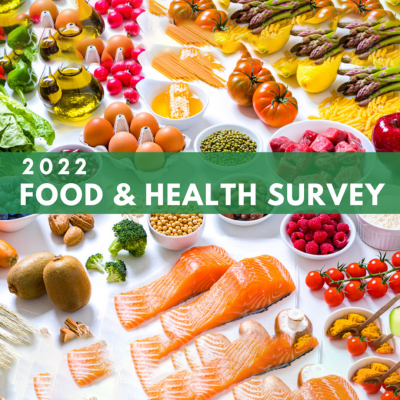 The International Food Information Council’s (IFIC)17th annual Food and Health Survey has found that consumers are stressed out but trying to become healthier through cleaner eating and snacking much more often.

The top four eating patterns consumers say they are following are clean eating, mindful eating, calorie counting and plant-based products. Slightly more than half of all consumers say they are following a specific diet or eating pattern, an increase to 52% from 39% in 2021. More than one-third say they want to protect their long-term health, while about the same amount are interested in losing weight.

The report found stress is a major factor in what consumers are choosing to eat. IFIC found 54% of consumers who tried to alleviate stress through eating have made healthier food choices. But one in four said they always or often eat when they feel stressed. As consumers snack more now — and the survey found increases in snacking throughout the entire day — healthier snacks win out in the morning, with 43% of consumers picking up fruits. Later in the day, however, the snacks get less healthy. The most popular evening and late-night snacks include those that are salty or savory, candy or chocolate, and cookies, cake, or ice cream.

Consumers’ desire for cleaner labels is seen throughout the comprehensive survey. When IFIC asked those surveyed to define healthy foods, most consumers said they were fresh, low in sugar, good sources of protein and containing fruits and vegetables. Almost half said that a product described as having clean ingredients on its label would be healthier than one that had identical nutritional properties but no claim, and more than half felt that way about a product with an “all-natural” claim.

The online survey, which studied consumer attitudes and behavior toward food and shopping, was conducted among 1,005 Americans ages 18 to 80 between March 23 and April 4. Results were weighted by age, gender, education, race/ethnicity, and region to reflect the 2021 American Population Survey. 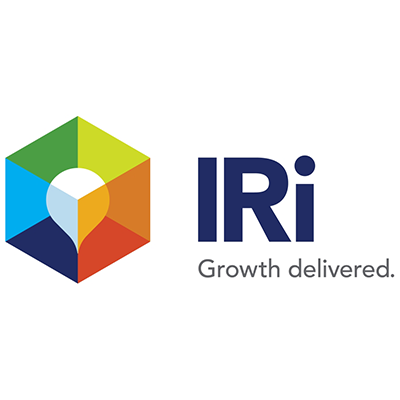 An IRI report shows that private label loyalists (shoppers that buy them over 75% of the time) now equal those of national brands in all key European markets. Private labels account for €194 bn, making up 35% of total FMCG value sales in Europe as the gap narrows between national brands, the researcher revealed.

Around 50% of shoppers switch between both, with most now appearing in the mid-income bracket, but also with high-income cohorts in France and Germany. Private label shoppers are looking beyond price. Where they intend to spend more or less in 2022 and beyond, is in line with wider category trends.

Private labels have become a substitute in several growth categories for many national brands, having undergone significant transformation that focusses on quality, trust, environmental credentials, innovation and delivery on claims.

From their humble, discount-focused beginnings, over the past five years private labels have become “formidable competitors” to the brands, despite the drop in the pandemic, said Ananda Roy, SVP, Strategic Growth Insights, IRI International and author of the report. 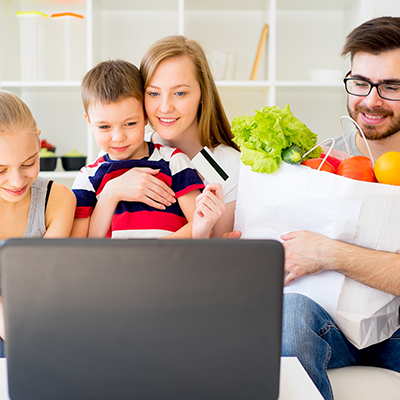 The annual Omnichannel report from Kantar reveals that online grocery sales grew more than 15% in 2021, in a global grocery market, which grew 2.1%. The total market growth of 2.1% is in line with the average pre-pandemic growth, and means the market held on to the double-digit growth gains it made in the 2020 phase of the pandemic.

E-commerce now accounts for a 7.2% share of global grocery spend. The growth is driven by Asia, which comprises 45% of all online FMCG sales; almost double that of the U.S.’s (4.8%) or Western Europe’s (6.9%) contribution to the overall share. 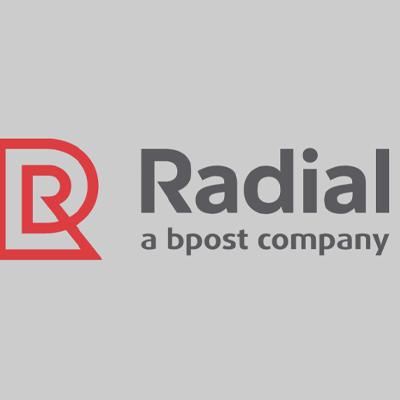 A recent survey of 1,000 consumers by Radial has revealed that while shopping online remains popular, consumers are also starting to return to shopping in store in larger numbers.

Radial’s survey found 54% of respondents said they are shopping online more now than they did in 2020, with one-third of those saying they shop online a few times a week.

How products are delivered is an important decision-making aspect for online shoppers. Free shipping was found to be the most important consideration and consumers would sacrifice the speed of delivery for it. Only 23% said they would forego free shipping and receive an item they had ordered faster by paying for next-day shipping.

But speed of delivery could also mean changing the products they order. Almost 60% of those surveyed by Radial said they will seek products from other brands or retailers if it meant they could receive them faster.

While online shopping continues its popularity, consumers are also returning to stores. The survey revealed that 63% of shoppers are no longer as worried about COVID-19 and are willing to shop in-person without fear of exposure.

The price consciousness of consumers is continuing to grow with shoppers who were surveyed. Forty percent of respondents have stopped purchasing items that are not necessities, while 34% have delayed less-important purchases. Another 26% reported they had bundled purchases for online orders to reduce fees or shipping costs. 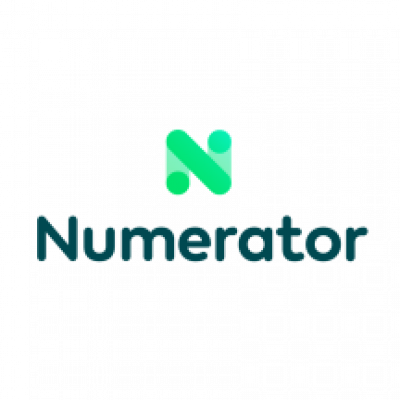 But Amazon was found to have the highest loyalty. Seventy-eight percent of Prime members do not subscribe to any other membership program. That compares with the 28% who only subscribe to Target’s Shipt Everyday and the 24% who only use Walmart+. Nearly three in four Walmart+ subscribers (73%) also have Amazon Prime, while 53% of Target’s Shipt Everyday members also have Prime.

Four in five households that count themselves as retail subscribers are committed to just one program, while 13.8% subscribe to two programs; 3.7% subscribe to three; and 2.5% subscribe to four or more programs. According to Numerator, consumers who subscribed to more than one program were more likely to be Black or Hispanic/Latino, from larger households, value-driven and buy on impulse. 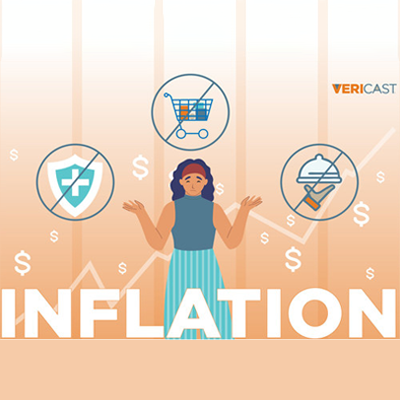 A survey by Vericast finds as rising grocery prices continue to put the squeeze on shoppers’ wallets, it is also increasing their stress levels and turning many of them to buying more store brands.

The survey found 50% of all consumers and 64% of millennials indicated making spending decisions as prices rise has taken a toll on their mental health. This comes from some tough decisions consumers must make in either cost cutting or choices on what is most important to them.

One of the decisions many have made is to buy store brand products. Vericast found that 72% of respondents report they are buying more store or private-label brand products to save money.

Dave Cesaro, Vericast’s retail and consumer behavior expert, said the finding that 27% have changed stores was surprising given how many continue to stay with the stores they have always visited.

“Chances are the new store they’ve chosen is not as close or convenient as the original, which means these consumers are shopping around, even for necessities, because saving money is that important to them.”

The study also reported that 88% of shoppers were turning to coupons or discounts that are motivating them to buy something from a brand or store they have not shopped at before.